Home / News / What are the main forms of cable reels?
Product categories
Contact Us

With the rapid development of the market economy, the demand for cable reels in the market is also increasing, so various forms have emerged. So what are the main forms?

The cable reel can be divided into two forms, one is a driven reel, and the other is a torque motor driven reel: 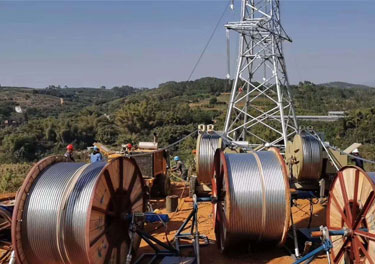 1. The driven reel is mainly used to control the winding and unwinding of stringing blocks, and is generally used in cranes, as well as in waste water treatment technology and other occasions.

2. The torque motor type cable reel mainly relies on the motor to undertake the work. Has unique electrical and mechanical properties. So he is also able to ensure that the cable gets the right speed and tension on the corresponding radius of the reel for smooth work.

The methods of cable reels mainly include these two types. In addition, there are some other forms, such as counterweight type, hysteresis type and so on.

0
Views: 79
PREV: What are the applications of cable reels?
NEXT: What is the specific installation method of the spring of the cable reel?